The 2020 Presidential elections are around the corner and with new statistics showing that the wealth gap in America is back at the roaring twenties, experts claim that this should be addressed once again.

New research by University of California Professor Gabriel Zucman says that America’s ultra-rich haven’t held much of the country’s wealth since the 1920s. But experts claim that this inequality won’t last long, as there are more avenues to distribute wealth.

In the study, approximately 1 per cent of the whole of America took 22 per cent of all national income.

According to Real Investment Advice analyst Jesse Colombo, “Growing US wealth inequality is the byproduct of an unsustainable bubble in asset prices such as stocks and bonds. America’s wealth inequality is not a permanent situation but a temporary one because the asset bubbles behind the wealth bubble are going t burst and cause a severe economic crisis.”

Colombo also said that Americans shouldn’t be worried because the situation is manageable and is ‘temporary’. 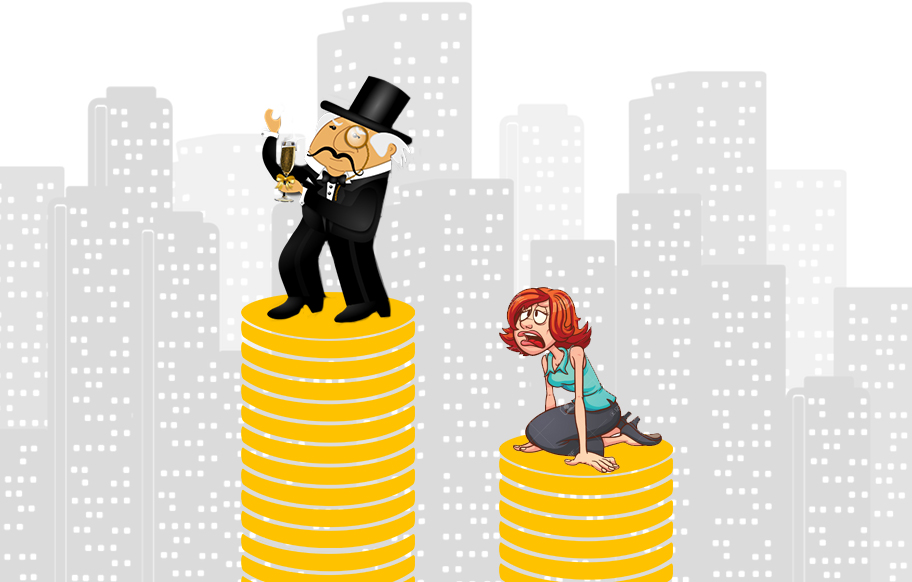 The Gap Between the Rich and Poor

Although the gap between the rich and poor is increasing each year and experts also recognise that ‘income inequality’ exists, the government is taking action.

Senators like Elizabeth Warren is proposing a wealth tax on America’s richest people to raise funds for different programs. Although there are more people against this proposed tax on the rich, Warren believes that this is the only way to end the increasing gap between the rich and the poor.