Days after Italian artist Mauricio Cattelan’s duct-taped banana work called ‘Comedian’ sold for a whopping $120,000 found in Art Basel in Miami, a performance artist ate the work. The work was reportedly sold to a private collector, states the spokeswoman for the Galerie Perrotin.

Performance artist David Datuna grabbed the show by staging his own artistry in the event. Titled ‘Hungry Artist,’ Datuna was recorded by attendees walking up to Cattelan’s work and grabbing it off the wall. Then, Datuna was seen eating the highly controversial banana at approximately 1:45 in the afternoon.

Upon hearing the news, Emmanuel Perrotin, who was already on the way to the airport, made his way back to Art Basel Miami to address the situation. At around 2 p.m., the Miami Herald shares that Perrotin and a gallery assistant managed to provide another banana in place. 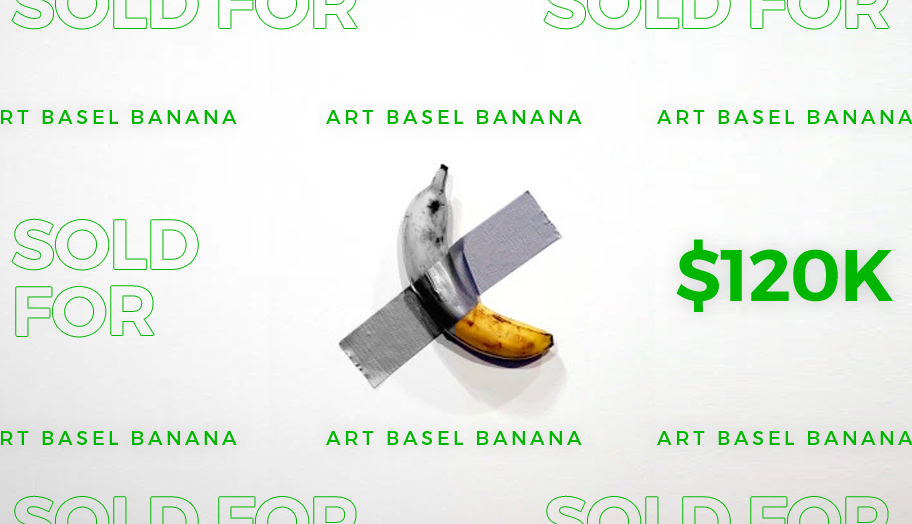 Following his performance, Datuna posted on social media platform Instagram to air his sentiments on the issue. In a statement, he said, “I love Maurizio Cattelan artwork and I really love this installation. It’s very delicious.”

Despite the surprising turn of events, Lucien Terras from the Paris-based gallery said that no harm was done.

In an interview with the Miami Herald, Terras remarked that Datuna “did not destroy the artwork. The banana is the idea.” Furthermore, Terras clarified that the artwork came with its own set of instructions and if the need arises, “the banana should be replaced as necessary.”

To prove the authenticity of the artwork they were purchasing, buyers were supposedly given a Certificate of Authenticity to go with the piece of art they bought, reveals The Miami Herald.

While onlookers and those in attendance were confused, Terras disclosed that what individuals were actually buying is the Certificate of Authenticity, given that the fresh produce used in executing the said artwork was not built to last over time.

Galerie Perrotin reported the incident to authorities. However, according to NBC News reports that the Miami Beach police representative Ernesto Rodriguez that no complaints were filed against the performance artist.