Valor Equity Partners has invested $25 million in Atmosphere, the world’s leading provider of business streaming TV. Atmosphere is valued at $275 million in the Series B round. Previously, the company received $14 million in its Series A round.

As businesses turn to platforms that offer greater interaction, value, and performance, the funding round will allow the free, ad-supported streaming service to expand its position in the global commercial TV industry.

The new funds will be used to widen the company’s distribution reach while also developing its ad sales staff. 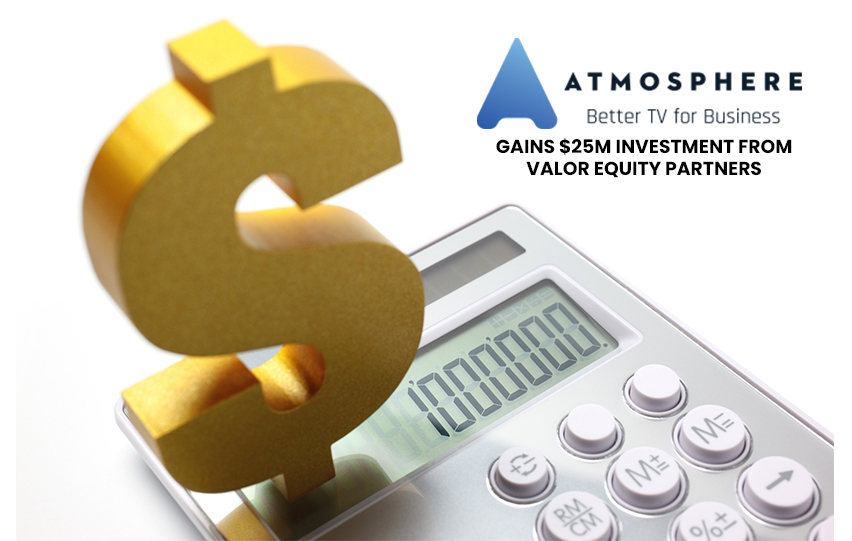 John Resig, Atmosphere’s Co-founder and President, said “Our team has spent seven years meticulously expanding our distribution network. The infusion of new capital, in addition to being profitable, will accelerate Atmosphere’s mission to ‘Entertain Everywhere.'”

Atmosphere programs cover all owned and operated channels like Happy TV and Chive TV. There are also channels developed in collaboration with partners like Red Bull and America’s Funniest Home Videos.

The company’s user base has increased from last year, with more than 15 million unique viewers per month.

Atmosphere supplies companies with free programming and hardware, monetizing the content through its own ads site and paid subscriptions.

Valor is a leading growth-oriented venture capital company that has previously made investments in Tesla, SpaceX, and BitGo. In the Series A round, Valor and S3 Ventures previously invested in Atmosphere from Valor Siren Ventures Fund.

Jon Shulkin, Valor Siren Ventures Fund Manager, said “We’re currently in the midst of a massive shift in the TV market as billions in ad dollars migrate from linear TV to streaming platforms.”

“Atmosphere is uniquely positioned to own the out-of-home TV streaming market with an installed footprint that’s incredibly broad and with advertiser offerings that combine the best of traditional TV and digital targeting to reach people where they are.”