On Saturday, Feb 2, the former New York City mayor unveiled a plan that would raise taxes on the wealthy, repeal President Trump’s corporate tax breaks for high earners, and impose an additional 5% “surtax” on people with incomes above $5 million a year.

The plan, which was described by The New York Times to be “less aggressive than those from his most liberal rivals for the Democratic presidential nomination,” is expected to raise a total of $5 trillion over a decade, which will be used to fund Bloomberg’s array of proposed initiatives, including his healthcare, housing, education, and infrastructure plans. 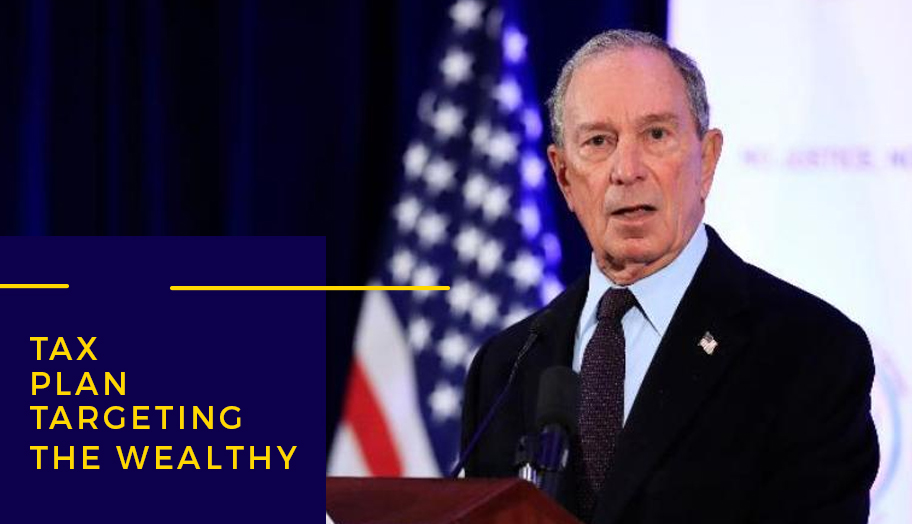 “My tax plan will make the tax code more progressive,” Bloomberg said in a campaign event on Saturday. “I’m a wealthy guy, and I didn’t need a tax cut.”

“Right now, I give nearly all of my company’s profits to charity. Under my plan, I’ll continue doing that — but I will also pay more in taxes to make sure all Americans have the same opportunities I did. That’s only right,” he added.

Serving as the mayor of New York City from 2002 to 2013 and the founder and majority owner of Bloomberg LP, the Democratic candidate is known to be the richest person in New York and currently the ninth-richest person in America.

While his proposed tax plan is designed to also target the wealthy and strengthen the Internal Revenue Service’s ability to audit, Bloomberg’s plan doesn’t include plans for a wealth tax and is only “focused on taxing the income produced from stock market and other investment holdings,” AP News explained.

Moreover, his advisers also made it clear that the billionaire’s proposal does not endorse the wealth tax proposed by his Democratic competitors, such as Senators Elizabeth Warren and Bernie Sanders.

“The plan I am releasing today raises rates on wealthy individuals and corporations, closes loopholes, cracks down on tax avoidance, expands the estate tax, and reduces the tax advantages that investors have over workers,” Bloomberg said in a statement.

“And, most importantly, my plan is achievable,” he added.