Banking group DBS Bank announced Wednesday, Sept. 18, it plans to bolster its wealth assets under management from S$4 billion to S$8 billion in Thailand by 2023.

According to a report from Bangkok Post, the Singapore-based bank’s brokage unit, DBS Vickers, has entered into a partnership with DBS Private Bank to tap the country’s swelling rate of high-net-worth individuals (HNWI) looking to diversify their portfolios.

Under the said partnership, DBS Vickers is expected to provide Thai costumers with a “one-stop-shop that provides trusted advisory, wealth products and solutions, and a seamless onshore and offshore experience,” explained Pattera Dilokrungthirapop, CEO of DBS Vickers Securities. 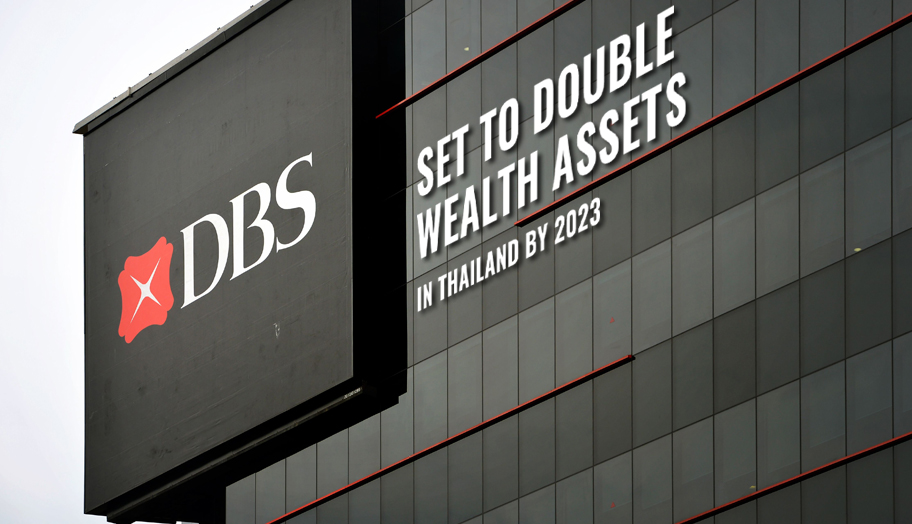 To date, Thailand’s “growing pool” of HNWI continues to attract many investors all over the globe, including DBS and international private banking and asset management group LGT. As reported by DBS, the country has at least 122, 000 HNWIs – a number that is almost at par with Singapore’s.

Moreover, the country’s wealth assets under management (AUM) are reported to have grown at a robust compound annual growth rate of 12.7% from 2010 to 2017 by the Capgemini’s Asia-Pacific Wealth Report 2018.

The Singapore-based banking group also said it is eyeing to expand its wealth team of 35 by 2023 and to grow Thai’s assets under management twice the current level.