Frankfurt-based Deutsche Bank announced Monday, July 27, 2020, its decision to halt its investment schemes in oilsands projects and other fossil fuel projects. The bank’s decision follows an increasing list of European lending and insurance firms steering clear of oil and gas projects in the Arctic region.

Based on its press release, the Germany-based bank said that its decision also stems from a more conscious partaking in lessening their carbon footprint. At the same time, this strategic move will help the company take an active stance and contribution towards stopping climate change.

Besides those exposed to oilsands projects, the Deutsche Bank also states that under its new fossil fuels policy, it will cease its involvement in investment projects surrounding fracking or hydraulic fracturing in nations where there is a lack of water supply, reports The Canadian Press. 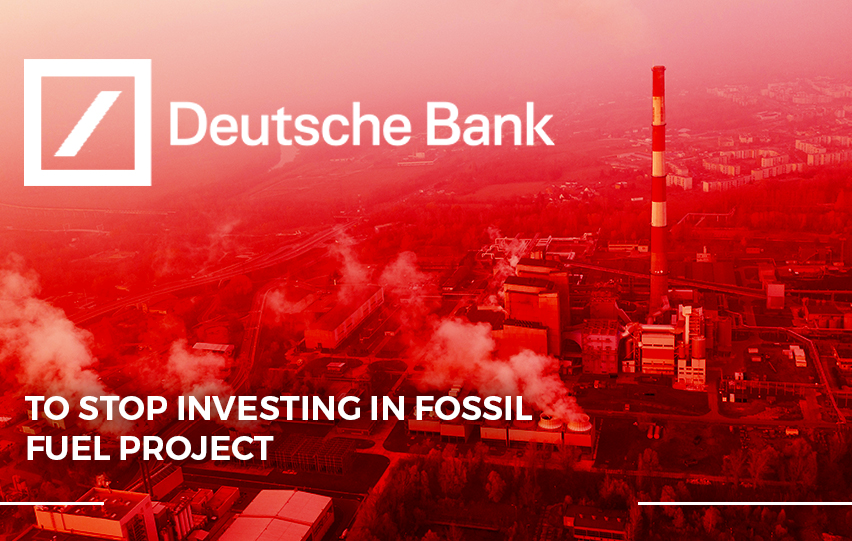 According to Markets Insider, the bank’s relations and investment policies are expected to come to a halt by 2025. However, the company reportedly plans to review its investments and business activities that are largely reliant on coal mining by the end of this year.

Both its respective activities in the United States and Europe will fall under scrutiny.

In a statement, chief executive officer and chairman of Deutsche Bank’s Sustainability Council Christian Sewing said, “Our new Fossil Fuels Policy sets us a strict framework for our business activities in the oil, gas and coal sector.”

“In its current form, the Policy sets us ambitious targets and enables us to help our long-standing clients with their own transformation. It will allow us to play our part in protecting the climate and helping the EU to achieve its goal of being climate neutral by 2050,” continued Sewing.

Despite its move towards lessening its investment projects in the coal mining and fossil fuels sector, Reuters reports that there are many who find the bank’s efforts “too little, too late.”