US multinational investment bank Goldman Sachs reported troubles linked to its entry to consumer bank and the newest partnership with Apple Inc.

The bank has entered consumer banking in 2016 as a rebranding move to expand its operations and generate more revenue outside the investment portfolio. Its recent partnership with Apple Inc. for the creation of a new credit card has cost the bank $300 million to build. Additionally, the bank experiences security holes and bugs that require thousands of engineers to deploy and solve the problems. 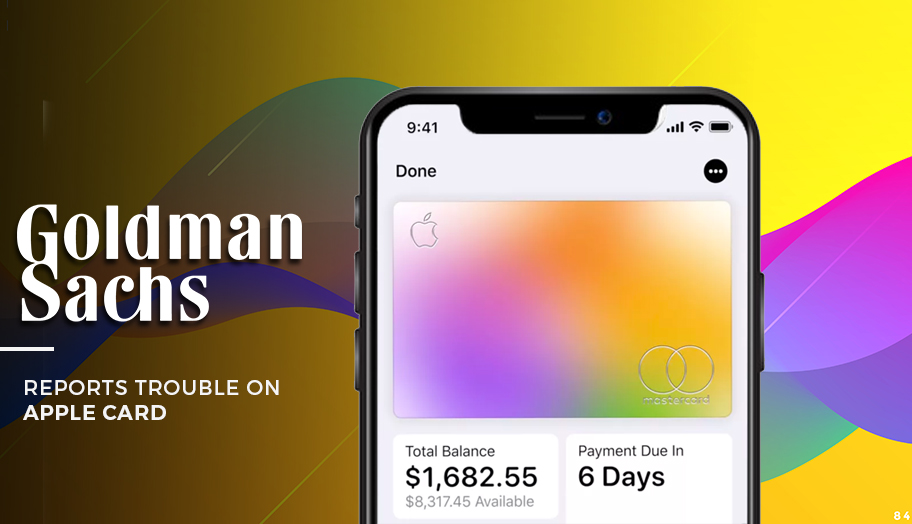 As the junior partner of Apple for the Titanium credit card, Goldman Sachs revealed having to shoulder more costs related to consumer fees. Apple reportedly dominated the partnership, requiring the bank not to charge late fees or sell consumer data. The partnership also forced the bank to assume the junior role, all the while it’s used to taking high-status roles in loans and finance markets.

More than the fees, Apple also subbed the contribution of Goldman Sachs in making the Titanium credit card, saying, ‘Designed by Apple, not a bank.’ This ad has been used by Apple for promotion, which obviously discredits the bank’s efforts in creating the card.

Goldman Sachs CFO Ramon Martin Chavez is optimistic about the bank’s new ventures, saying the current drag will reverse into profit in the coming years. According to an insider at the bank, “These [strains] are deliberate investments in news businesses to enhance the long-term earnings power of our firm, not unexpected losses.”

Apple’s Titanium credit card in partnership with Goldman Sachs was released on Aug. 20, 2019, in the United States.