The Green Vault museum in Dresden City in Saxony, Germany is currently scrambling to recover items stolen from its collection. The stolen treasures are valued at over $1 billion, said Bloomberg. The reason for the panic is the museum’s lack of insurance covering the items.

The Saxony state Finance Ministry highlighted that not insuring valuable artifacts is “standard practice because the premiums typically exceed potential damages in the long-term,” especially for public museums.

Julia Ries, head of fine art and jewelry at Ergo Group AG (an insurance company), said that public museums typically do not take insurance for items in their permanent collection. However, when they loan artworks from other institutions, they usually get coverage for the items. She noted that this occurs due to the limited budgets allocated to public museums 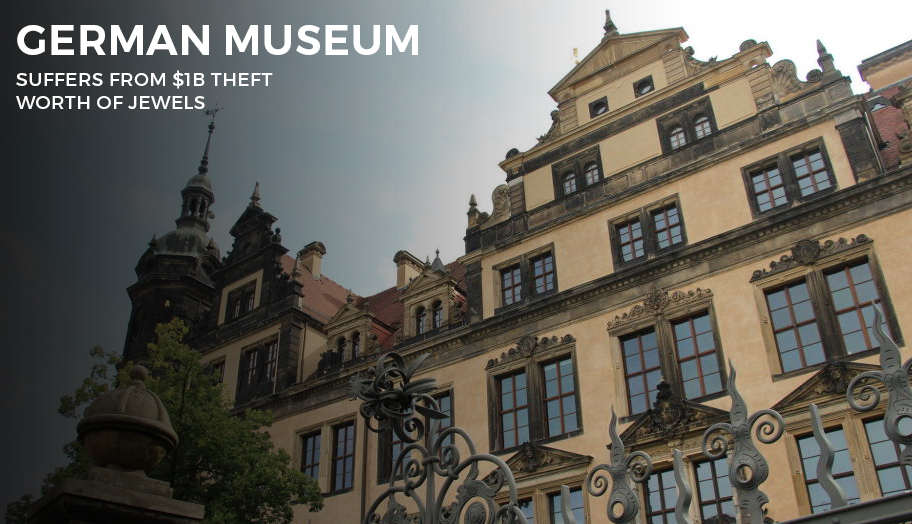 Ries also said that the failure to recover the jewels can mean that it will be “lost forever.”

However, the value attached to the jewels is just an estimate published by a daily tabloid. The museum itself refused to give an exact value. However, officials said that the collection holds “unique ensembles of diamonds that are of priceless art-historic value.”

Two newspapers, Bild (which published the $1 billion estimate) and Handelsblatt are referring to the incident as the “biggest art heist in modern history,” said the South China Morning Post.

Police reports revealed that the incident happened in mere minutes. Investigators also said that it was a targeted and premeditated crime.

Meanwhile, a silver lining to this theft is that the burglars were not able to steal the entire ensemble as some jewels are sewn directly to the fabric lining of the display case. Moreover, the museum’s most important pieces were on loan at the time of the burglary. They are currently in the New York Metropolitan Museum of Art.