Republican Senator Josh Hawley announced Monday, April 26, 2021, the introduction of a new bill to the Senate that would provide married couples with access to a total of $12,000 in child-parent tax and single parents with $6,000 in parental tax credits for children aged 13 and under.

According to Insider, the push comes as Republicans and conservatives alike are gearing to change perspective when it comes to spending on families. It also coincided with numerous Democrats rallying for more benefits designed for families who have young children, notes Fox News.

In a statement, Senator Hawley said, “Starting a family and raising children should not be a privilege only reserved for the wealthy. Millions of working people want to start a family and would like to care for their children at home, but current policies do not respect these preferences. American families should be supported, no matter how they choose to care for their kids.” 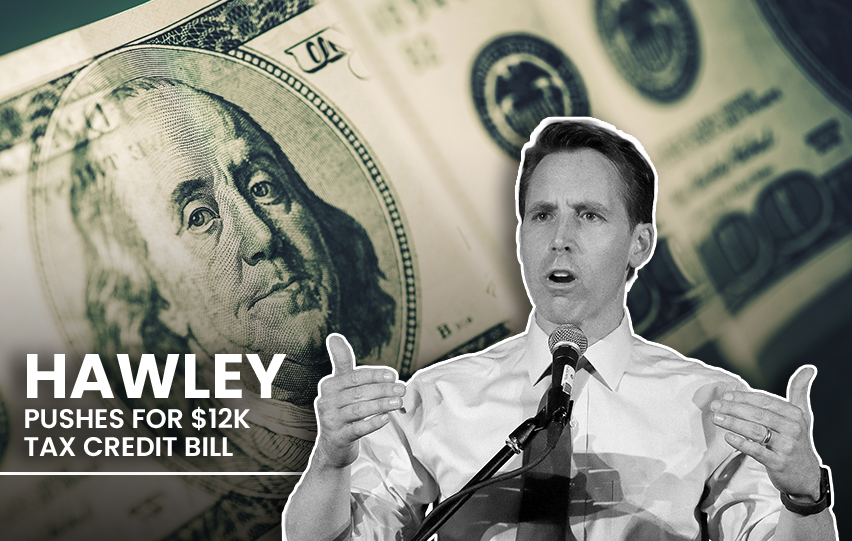 Under the proposed child tax credit bill, households earning more than $7,540 will be awarded the tax credit, provided that the said amount is equivalent to 20 hours of work a week at around $7.25 per hour as the minimum wage, reports the National Review.

The proposed tax credit for parents reportedly intends to make payments in partnership with the IRS and a dedicated online portal that will allow recipients within families to provide the proper information. Under the said plan, the National Review states families will have the option to go for a lump sum instead when they file taxes.

As of writing, the current child tax credit in place provides families with $3,600 per child for children aged 6 and below, while this number is reduced to $3,000 for children up to 17 years old.

Prior to this, Fox News revealed that families could only get up to $2,000 per child as a tax credit. However, numerous families, especially those in low-income households, failed to obtain this benefit due to their earnings being too low to qualify.