The Indian government has recently got rid of its policy that compelled foreign weapons, aircraft, and military hardware weapons to invest in the country said Bloomberg. Prime Minister Narendra Modi led this development.

According to the report, the Prime Minister pushed this initiative in a bid to speed up purchases related to defense. It also seeks to eliminate red tape on related acquisitions. The new policy will be effective in October.

Director-General of Acquisition Apurva Chandra said, “We decided to do away with the off-set requirement because the policy did not work.” 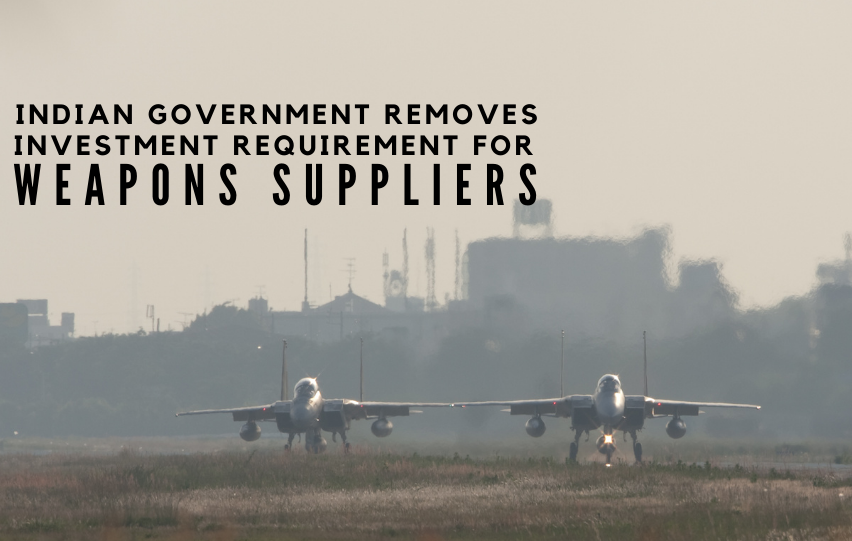 The reform came after the Indian auditor rebuked French defense manufacturer Dassault Aviation SA and European conglomerate MBDA for not investing once again in the country after committing to the deal.

The law required the two companies to reinvest part of their earnings from the Indian deal into the country. The agreement allowed the Dassault Aviation and MBDA to provide 36 Rafale jets to the nation.

Bloomberg noted that the law allowed an exemption for “government-to-government or single-vendor deals and not for competitive bidding situations.”

The nation is recognized as the second-biggest importer of defense systems including weapons and equipment, as per the Stockholm International Peace Research Institute. However, it was also known to have a lengthy procurement process when it comes to defense.

The Narendra Modi administration’s decision to remove this complicated procedure was in an attempt to attract more foreign defense companies to operate in the country. This effort includes inviting Israeli firms to meet India’s current weapons need amounting to $130 billion.

Moreover, Chandra noted that “this will reduce the cost considerably.” Regarding the systems which will be acquired by the nation, Chandra said that “the type of equipment and weapon system to be leased is for the military to decide.”