Following a dispute on key man insurance policy over the death of Maroon 5 manager, Houston Casualty Company (HCC) was ordered by the court to pay Roc Nation $12 million for the policy claim.

Late manager Jordan Feldstein died of a pulmonary embolism in December 2017, but HCC has denied paying out Roc Nation’s claim. This led the company to file a lawsuit in the U.S. District Court Southern District of New York on Jan. 18, 2019, citing the insurance company’s wrongful denial over the claim.

Roc Nation purchased roughly 49 percent of Career Artist Management (CAM), co-founded by Feldstein. Documents showed Roc Nation agreed in the contract to protect its investment in case Feldstein dies or becomes disabled. It was the year 2016 when the company brought the key man insurance policy from HCC and renewed it by December 21, 2017. 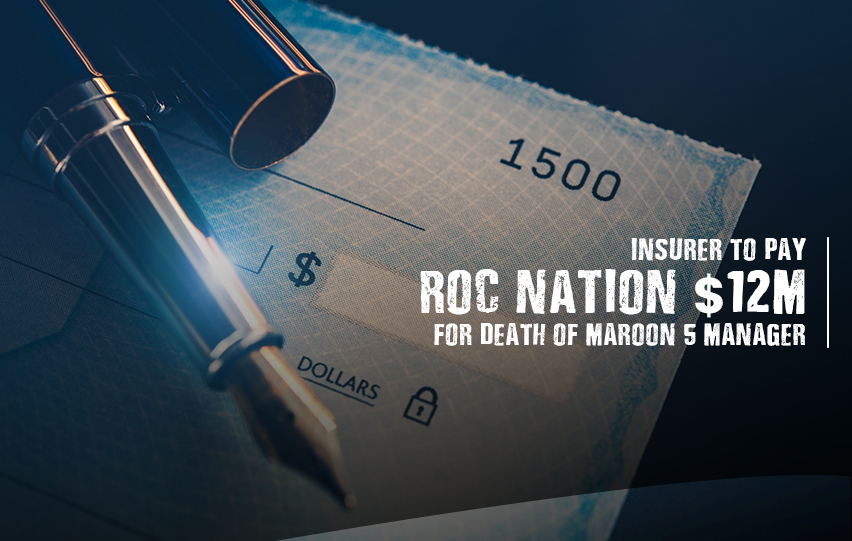 On HCC’s end, the insurance company said Roc Nation failed to cooperate with the investigation of the claim. Additionally, the company said that the policy language requires the payout to be reduced based on all future profits traceable to Feldstein services.

Judge Paul Engelmayer has agreed with Roc Nation, citing it has ‘complied with the overwhelming majority of HCC’s requests, and offered reasonable justifications when failed to do so.” Moreover, the judge found out that the entertainment company has submitted several documents in response to HCC’s broad requests.

Engelmayer ordered HCC to pay Roc Nation the amount of $12,529,222 policy amount, minus the profit generated by Feldstein while he was still performing services through December 22, 2017.

Both parties have argued over policy languages written in the contract, with vague definitions such as ‘and/or’ and ‘insured’ instead of specifying ‘insured person.’ The judge also noticed the term generated, which wasn’t ‘forward-looking’, referring to the revenue generated during Feldstein’s time.