The Kingdom of Saudi Arabia’s central bank recently revealed that retail investors can now lend Aramco IPO twice the amount of the previously announced limit. This allows banks to leverage their investment at a 2 to 1 ratio, for every riyal their spend when buying shares at the state-owned oil company, unnamed sources told Bloomberg.

KSA’s central bank, The Saudi Arabian Monetary Authority, allowed lenders to double their lending, with the previous limit being a 1 to 1 ratio. However, the Authority refused to make a statement when asked.

Referred to by Bloomberg as possibly the “world’s largest initial public offering,” the oil company opened its book-building initiative this Sunday. The stocks for the IPO are priced at 30 to 32 riyals. 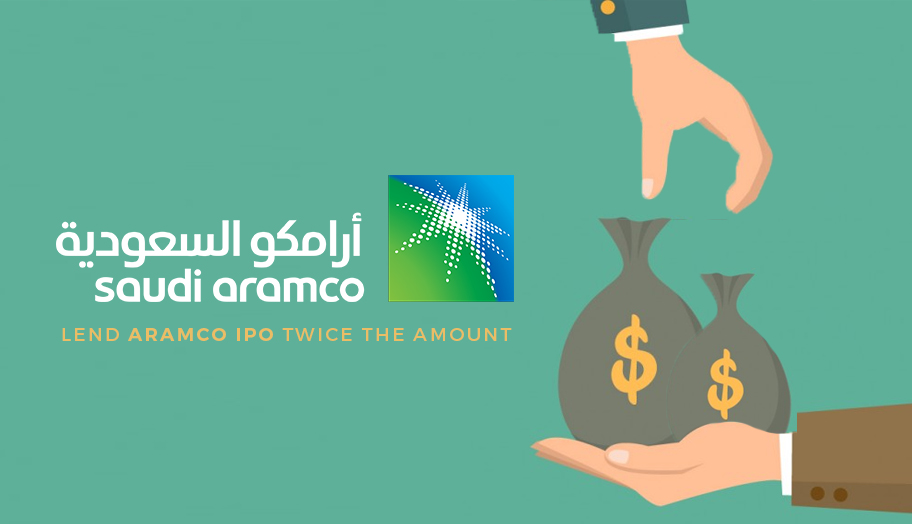 With this, the company is slated to be valued at $1.71 trillion at the end of the IPO offering. However, this falls short when compared to the $2 trillion-valuation which the Crown Prince Mohammed bin Salman has been aiming for since 2016.

According to the Financial Times, the partial privatization of Aramco “is a litmus test for the crown prince’s ambitious economic reform program.” This initiative is said to “reduce the kingdom’s economic dependence on oil.” It is also aligned with the goal of driving non-oil growth and job creation.

Meanwhile, the price is not finalized as of yet. The report noted that the final price will be revealed on December 5. This coincides with the oil ministers’ meeting regarding the oil supply policy for 2020.

As of this writing, Bloomberg remarked that the offering could “rely heavily on local demand.” This is in light of the KSA’s decision not to offer the deal to players in the United States, Canada, and Japan. However, international companies operating in Saudi Arabi are allowed to purchase stocks.