A report recently revealed that residents of Minnesota currently hold the title of having the highest credit scores in the United States, said U.S. News. The average rating of residents in Minnesota is 713, followed by 707 in South Dakota and 705 in Vermont.

The Ascent, The Motley Fool’s financial hub, studied data from VantageScore and FICO, which gathered data from various credit reporting companies. VantageScore is a credit rating system created by Experian, TransUnion, and Equifax. It is currently being used as an alternative to the more conventional FICO scores.

U.S. News noted that both systems use 300 as the lowest score, while 850 is the highest. According to The Ascent, an individual would need 740 to have a “very good score.” 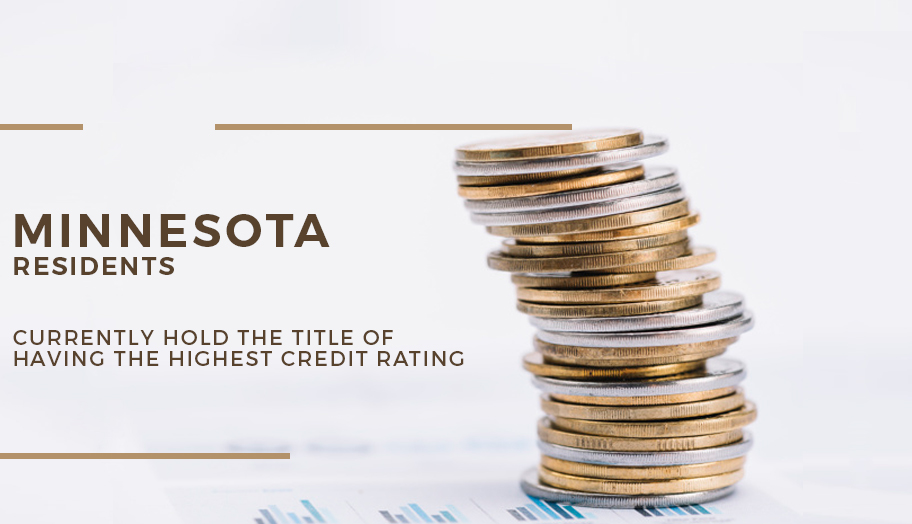 Southern states except for West Virginia (with 662) attained low ratings. The lowest score across the U.S. is 652.

The study also revealed that homeowners hold higher scores than renters. In fact, 73% of people who have 750 own home, while 27% rent.

However, U.S. News noted that homeownership is not the sole factor that affects scores. This is evident in 2018 data that placed West Virginia, Mississippi and South Carolina at the bottom of the rating list, but all ranked high in homeownership percentage studies.

The Ascent remarked that older individuals are expected to have higher ratings as they have longer credit histories.

Other states in the top 10 include New Hampshire with 704, Massachusetts and North Dakota with 703, Nebraska, Wisconsin, and Iowa with 700, and Washington.