Considered the world’s largest sovereign wealth fund, Norway admits to losing a massive 188-billion-kroner (roughly equivalent to $21 billion) loss following a turbulent first half of the year. The country is expected to experience further challenges with the global pandemic.

According to The Guardian, the fund suffered from a 3.4% drop in its returns for the first half of 2020 as markets plunged due to the pandemic.

Approximately $153 billion was lost from the Norway wealth fund between January and March due to the early market sell-off caused by the panic surrounding the virus pandemic. However, Reuters states that the fund, later on, regained $133 billion from April to June. 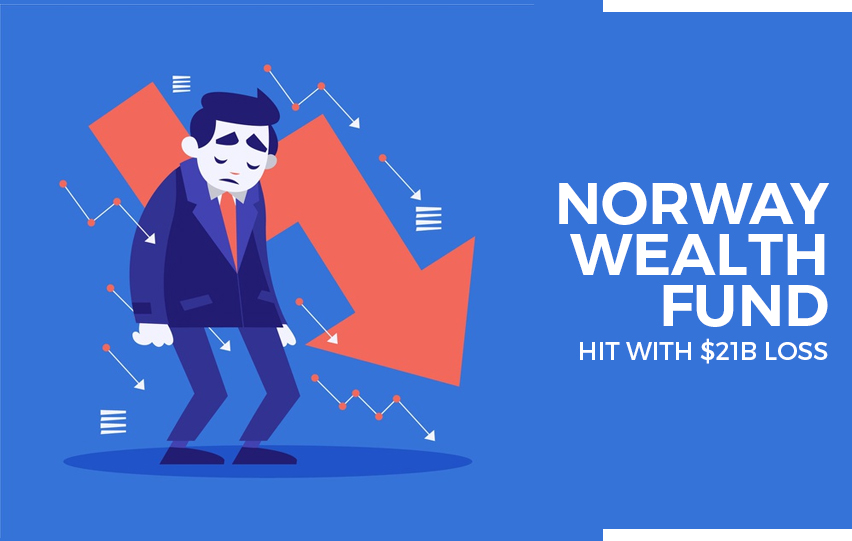 Among the most hit industries include the oil companies, with The Guardian stating oil and gas companies experiencing one of the biggest declines of 2020. The Government Pension Fund Global of Norway is said to own 1.5% of shares across 9,000 companies.

Norway’s stocks dropped by 33.1% following the strict travel restrictions imposed throughout the globe, resulting in oil price drops as well.

Norges Bank, the central bank of Norway, also experienced a decline in its markets, with shares dropping by almost 21%, reports The Guardian, due to lower interest and lending rates.

In an interview with Reuters, deputy chief executive officer Trond Grande said, “We could be in for some turbulence this fall as things unfold and whether or not the coronavirus pandemic recedes, or gains some force.”

Grande also said that the pandemic “does not seem to be under control in any shape or form,” which may pose challenges to financial markets.

Despite the decline, much of the country’s recovery can be owed to the success of tech giants in the field, including the likes of Amazon, Apple, and Microsoft.