Fintech startup PeerNova Inc. announced Tuesday, Oct 22, it has secured a $31M in its latest funding round led by an existing investor, Mosaik Partners, along with the participation of Medici Ventures and Intuitive Venture Partners.

In a press release, Gangesh Ganesan, PeerNova’s President, and CEO said that the newly accumulated funds will be used to increase the company’s market penetration and further develop their Operational Intelligence (OI) blockchain platform. 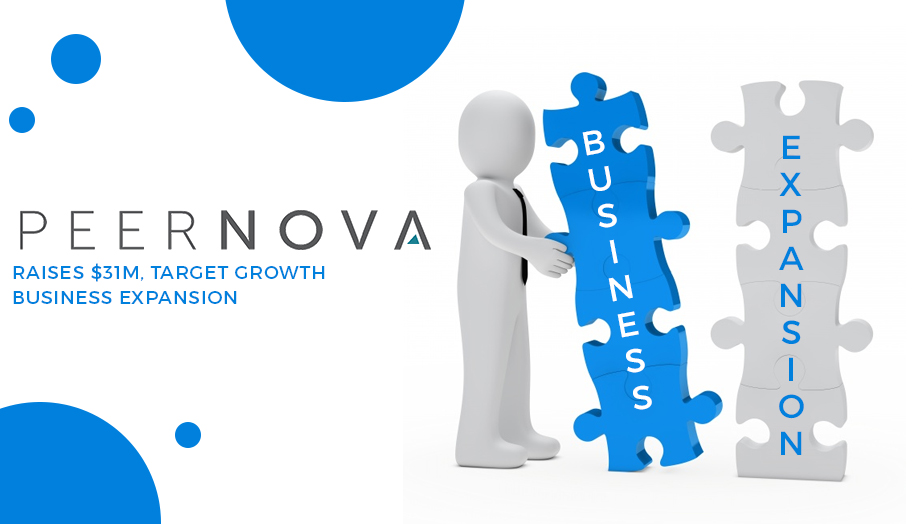 “We are very excited to announce this round of funding,” said Ganesan. “We are committed to further building our unique solution that solves relevant, timely, and pertinent problems that plague data and process integrity in the financial industry. We will use this round of financing to continue our mission, increase market penetration, and extend the functionality and use cases of our Cuneiform Platform™,” he added.

Founded in 2013, PeerNova now stands as a leading enterprise software company based in California. It’s fintech blockchain platform, called the Cuneiform Platform, was designed to allow financial institutions to “perpetually synchronize” their data across several internal and external systems. This, in turn, “simplifies reconciliation, automates exception processing, and provides greater end-to-end operational visibility across workflows in real-time,” the release explained.

The latest funding round, which raised a total of $31M is also said to have brought the company’s total fundraising to $74M.

“PeerNova has solved seemingly insurmountable reconciliation, asset optimization, and data integrity challenges for the largest financial institutions, saving them millions of dollars in annual costs and freeing up billions in revenue-generating collateral and reserves,” stated Howard Mergelkamp, Managing Partner at Mosaik Partners. “We are excited to lead this growth round to bring PeerNova’s extraordinarily high-value solutions to financial institutions globally.”

In the same source, Jonathan Johnson, President of Medici Ventures and a PeerNova board member, also shared his thoughts about the fintech startup:

“PeerNova’s world-class team is the force behind bringing this unique blockchain-based platform to market. PeerNova has products in production that are solving key trust and transparency challenges, removing friction, and allowing clients to seamlessly use their resources more efficiently,” he commented.