The fourth-largest life insurance company in the United States, Prudential Life Inc., announced its plans to increase insurance premiums for vapers. In accordance with its new policies, vapers will now be classified as smokers.

According to Bloomberg, the insurer’s decision to update its policies comes after the increasing health scares in the country. In a study conducted by the Centers for Disease Control and Prevention, director Robert Redfield disclosed that approximately 1,000 individuals have been affected by vaping-related lung injuries. 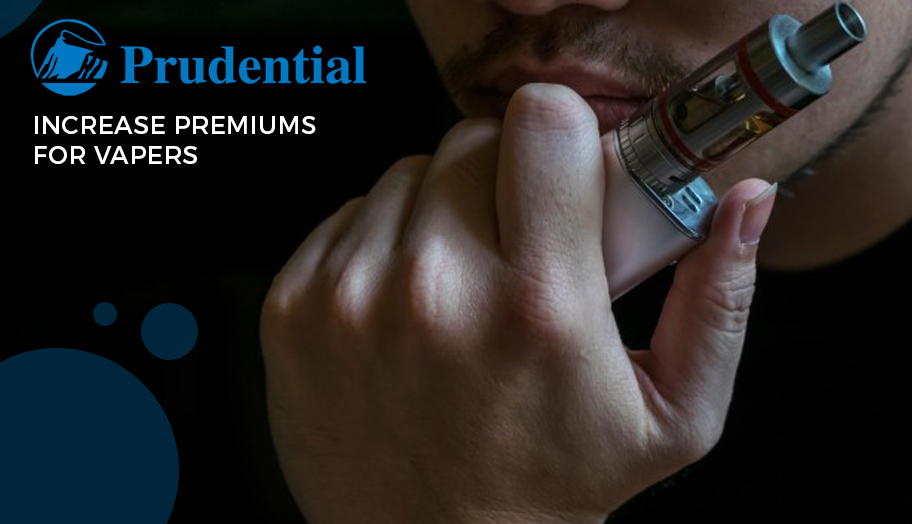 In a statement, Prudential Life, Inc. said “increased attention on vaping over the past few months and linkages to a few deaths and multiple illnesses, have resulted in warnings from the FDA, the federal government and some states banning the use of flavored e-cigarettes. In the coming weeks, and consistent with industry shifts, Prudential will reclassify users of e-cigarettes to treat them as smokers and in line with our cigarette smoking guidelines.”

CBS News reports that individuals who smoke and who fall under the smoker category tend to 50 percent more than a year compared to non-smokers. Smokers and vapers who avail of individual life insurance coverage are expected to shell out anywhere from an additional $350 to $800 a year.

American Vaping President Gregory Conley states that government officials are misinformed about the effects of nicotine vaping products, leading to fearmongering and threats to the public, notes CBS News. However, Conley said that “those illnesses and deaths are almost exclusively caused by the illicit and contaminated THC (marijuana) cartridges).”

Despite the research and findings on the industry, experts in the insurance sector say that Prudential Life Inc. may not easily be convinced about these data. Loretta Worters, vice president of the Insurance Information Institute declared “there hasn’t been enough statistical data to say whether or not they’re as bad as traditional cigarettes. Let’s not forget that it took 20 or 30 years before that connection was made.”