In a Government Accountability Office (GAO) study, it was revealed that Americans who live in poverty live “significantly shorter lives than the rich.” The study commission by Bernie Sanders evaluated a sample of United States residents. According to the senator, the results show that “poverty is a life-threatening” issue for millions of Americans.

The Democratic presidential candidate noted that poverty is rarely an issue in a “rich, industrialized democracy.” However, millions of Americans live on a low income, as confirmed by the GAO research. 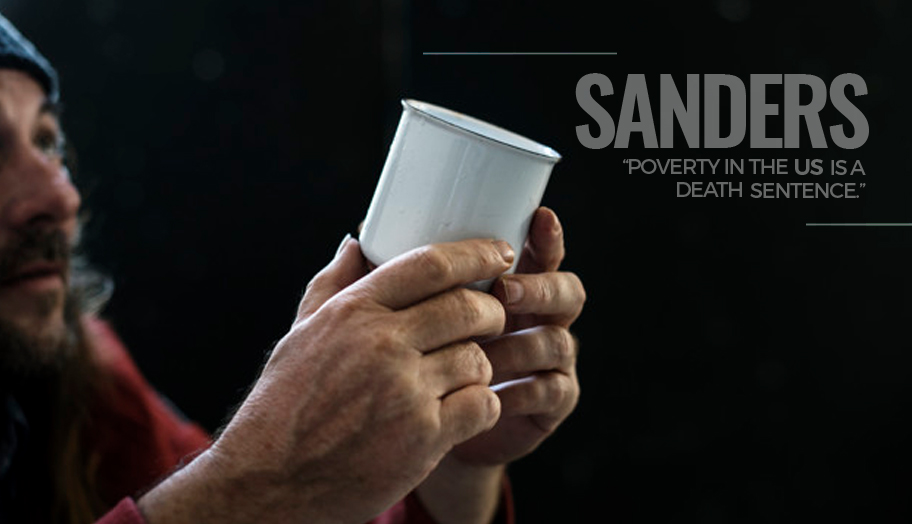 The study assessed responses including those born between 1931 and 1941. These individuals were 51 to 61 years old in 1992. The aim of this survey is to see whether there is a connection between wealth and life expectancy.

The participants were interviewed biennially as long as they choose to take part in the study. The study was able to evaluate responses throughout the years, with the latest being from 2014. During the last interview, living participants were 73 to 83 years old.

According to the GAO, 48% of individuals within the bottom 20% of the economic ladder remained to be alive in 2014. On the other hand, more than 75% of people in the top 20% of the distribution were alive in the same year. This suggests that “income and wealth each have strong associations with longevity.”

The research also revealed that the fortunes of the top 20% richest and older households increased significantly from 1989 to 2016. However, the wealth of old families in the bottom 20% dropped from $4,500 to negative $4,300.

With these findings, Sanders remarked that “only immediate and transformative action” is necessary to close this “deadly” socioeconomic gap. The senator also noted that the “obscene income and wealth inequality” in the US should be dismantled, adding that not doing so will result in an entire generation being “condemned to death.”