In a statement last Monday, September 28, 2020, the Securities and Exchange Commission revealed that it took FCash Global’s certificate of authority after.

According to Business Mirror, the company violated Memorandum Circular No. 18 or the agency’s rule on Prohibition on Unfair Debt Collection Practices of Financing Companies and Lending Companies. Collectors working for the firm reportedly reached out and threatened guarantors or co-makers of loans. 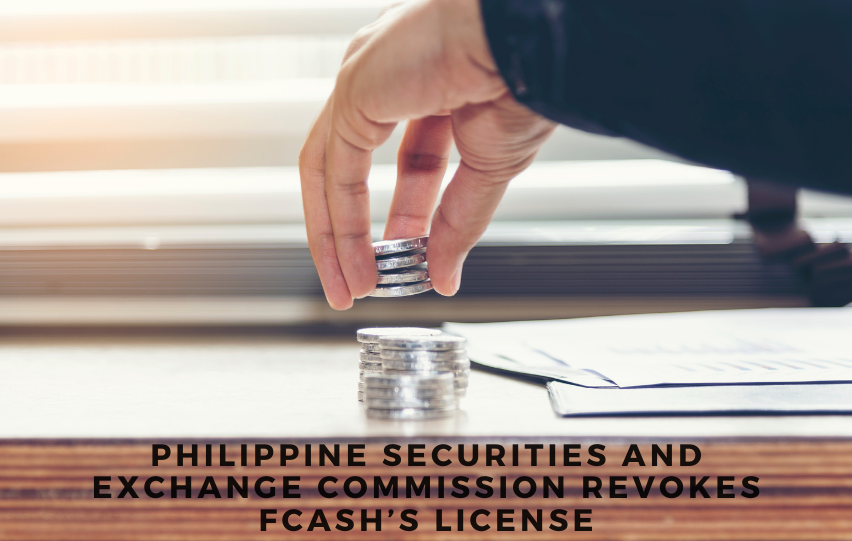 In collectors’ messages, Business World states that FCash used charges for estafa and complaints to the National Bureau of Investigation (NBI) as a means of threatening borrowers and or guarantors to pay for loans.

The lending company also warned borrowers of reporting their current financial situation to their employers, with collectors for FCash resulting in using “abusive words when talking to them over the phone.”

Moreover, employees of FCash reportedly took advantage of the situation and the borrowers’ lack of knowledge or awareness surrounding their loan terms, with the lending entity resulting in using “legal terminologies to compel them to pay their loans,” reports Business World.

Among the other lenders in the market, the SEC revealed that FCash has had one of the most numbers of complaints about debt collection harassment and other unfair lending practices since 2017.

In a statement, the SEC said, “While the commission fully supports the growth of lending and financing companies and recognizes the significant role they play in terms of financial inclusion and access to credit, it shall remain relentless and steadfast in its mandate to crack down abusive lending companies that prey on the desperate and vulnerable.”