The Senate recently approved the final reading of a bill championed by Jon Stewart. The bill covers additional expansion coverage for victims of the horrendous 9/11 incident. The 97-2 vote will send the bill to President Donald Trump, who is slated to sign the bill to fruition.

The two Republican senators, Senator Mike Lee from Utah and Senator Paul Rand from Kentucky reportedly made amendments on the bill. According to Time, the overwhelming Senate overpowered the amendments made by the GOP sponsors. 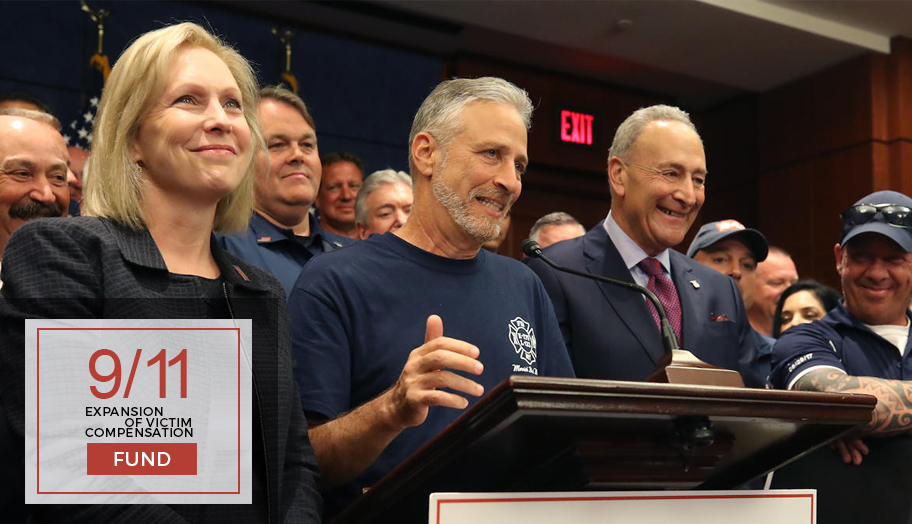 Under the bill’s passage, victims and survivors of the 9/11 tragedy would gain access to an additional $10.2 billion valid for 10 years. This includes aid towards individuals who sustained injuries during the 2001 terrorist attack. Moreover, this would also cover compensation for people involved in the rescue missions. This recent progress would extend the coverage through 2090, instead of ending in December 2020.

After the vote towards the bill, The Washington Post reveals that John Feal embraced Jon Stewart to celebrate the victory. Feal has worked alongside Stewart in pushing for health care programs supporting the victims of 9/11.

In a statement, Feal said, “For tens of thousands of people that are waiting to hear the outcome of this, my heart bleeds with joy, knowing that so many people are going to get help.”

Named after the first responders who died due to health complications resulting from their work at Ground Zero – NYPD police officers James Zadroga and Luis Alvarez, and firefighter Ray Pfeifer – this particular law dedicates itself towards individuals who “rushed selflessly toward the World Trade Center,” states Independent.