As the Congress further delays its decision regarding the proposed stimulus plan, President Donald Trump said Thursday, August 6, 2020, that plans to address student loan relief amid the pandemic via an executive action are currently underway.

In a tweet the President said, “Upon departing the Oval Ofice for Ohio, I’ve notified my staff to continue working on an Executive Order with respect to Payroll Tax Cut, Eviction Protections, Unemployment Extensions, and Student Loan Repayment Options.”

In an interview with the press, Trump said that he is set to sign the executive orders by Friday or Saturday, notes Politico. 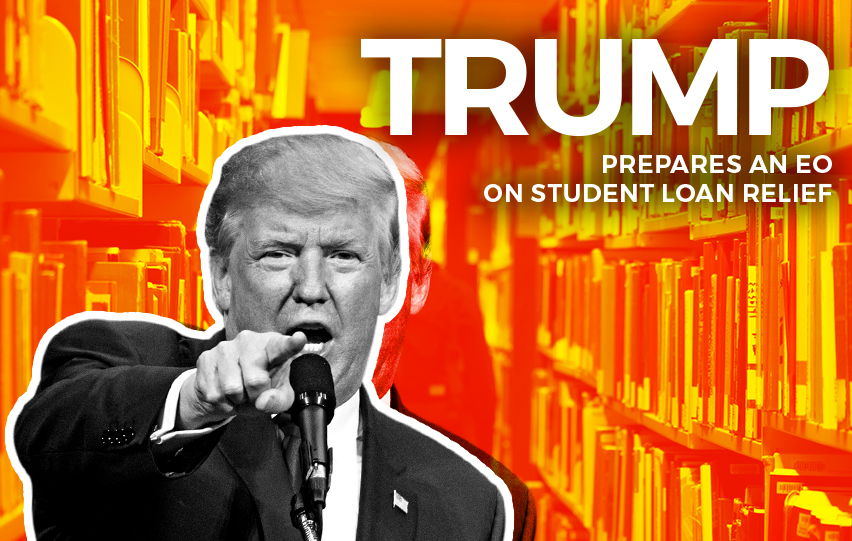 The President’s statement comes as Capitol Hill once again came to a close without a resolution on the lending program relief as well as other stimulus programs coming to an end, notes Fox 17 West Michigan.

According to Forbes, Congress has suspended repayments, interest rates, and collections on student loans, but is set to end by September.

In light of the loan relief coming to a close by the end of September, Forbes reports that Congressional Democrats have already passed an extension for the existing relief for another year, but the Senate Republicans are in opposition to the said legislation.

Rather than extending the relief package for those with existing loans, Forbes notes that Senate Republicans are in favor of ushering in a new stimulus loan that provides no extension on student loans and instead, would introduce a new repayment system that reflects the borrowers’ income.

Despite such announcements, there are still no clear details of how such loans will be addressed. However, Politico reports that Senate Republicans have been calling for the extension of the loan relief under the CARES Act enacted in April.

In a statement, Senator John Cornyn of Texas states they “can’t allow that provision to expire. Student loan debt is a real and growing problem in our country, and families should never be in the situation where they’re sacrificing basic needs just to make those payments, especially during the time of a global emergency.”