The fortunes of the US Top 1% are on the brink of reaching the combined wealth of the country’s middle class and upper-middle-class, said Bloomberg. The report revealed that the “historic low-interest rates” allowed the richest households to accumulate such wealth.

According to data released by the Federal Reserve, the top 1% of the society held $35.4 trillion in assets in the second quarter. The middle and upper-middle class, which make up around the 50th to the 90th percentiles of the society, have a combined wealth of $36.9 trillion.

Meanwhile, those in the 90th to the 99th percentiles, which are the rich but not considered ultra-rich, control the largest chunk of the country’s fortunes. These families hold $42.6 trillion in assets. On the lowest end, the bottom 50% of US households only have $5.6 trillion. 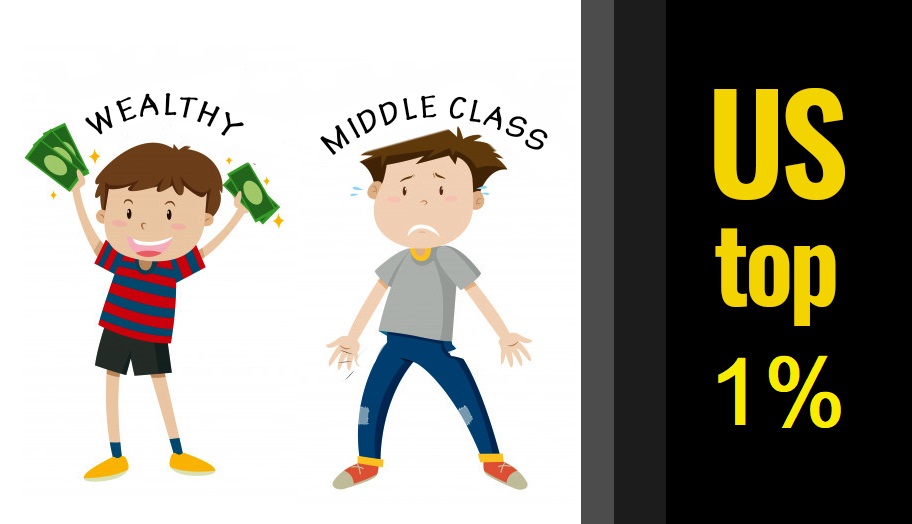 Data also showed that America’s wealthiest households were able to benefit from stock market returns in the past decade. In fact, Bloomberg noted that “they now control more than half of the equity in the U.S. public and private companies.” In turn, this results in the country’s richest earning even more from the stock market.

Lakeview Capital Partners chief market strategist Stephen Colavito noted that “the wealthier that the wealthy get, the more opportunity they have.” This means that they are close to surpassing the combined riches of the entire middle class, given the income disparity between the classes.