American business magnate Bill Gates shared on a post, Monday, that the rich, including himself and his wife, should pay for higher taxes.

In a year-end blog post, the world’s second-richest person claimed that he has been “disproportionately rewarded” for his work, while others, who work just as hard, continue to struggle.

“That’s why I’m for a tax system in which, if you have more money, you pay a higher percentage in taxes. And I think the rich should pay more than they currently do, and that includes Melinda and me,” the Microsoft Corp. co-founder wrote.

According to Gates, the ultra-rich are capable of paying more before they retire from their posts. “In the 1970s, when Paul Allen and I were starting Microsoft, marginal tax rates were almost twice the top rate today. It didn’t hurt our incentive to build a great company,” he cited. 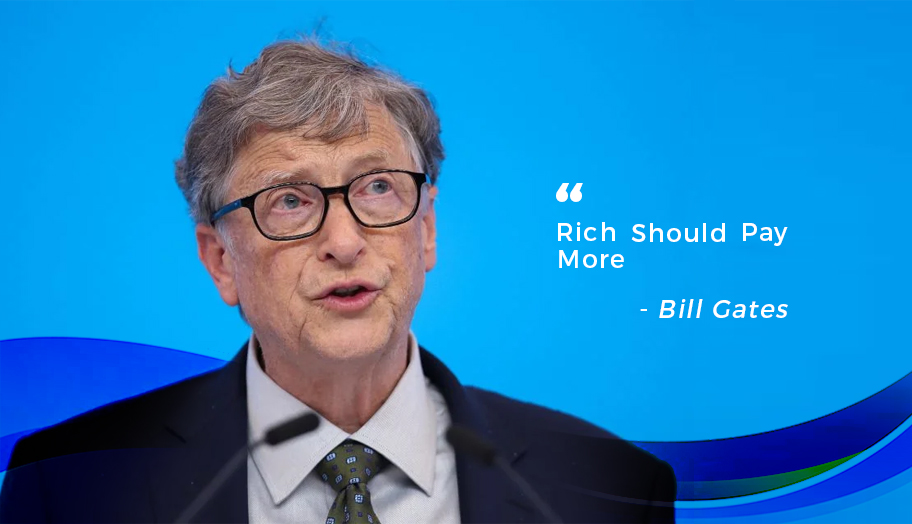 “That’s the clearest evidence I’ve seen that the system isn’t fair. I don’t see any reason to favor wealth over work the way we do today,” Gates expressed.

The business mogul also proposed that lawmakers must close inheritance loopholes, as well as raise the estate tax and capital gains tax to the same level as the labor income.

“A dynastic system where you can pass vast wealth along to your children is not good for anyone; the next generation doesn’t end up with the same incentive to work hard and contribute to the economy,” he added.

“Our wealth comes with an obligation to give back to society, and in 2020, we’re committed to continue living up to that obligation: through our taxes, through our foundation, and through our personal giving,” he continued.