The People’s Bank of China introduced a key interest rate reform on Saturday, Aug 18, which aims to lower the financing costs of businesses amid ongoing economic slowdown brought by a trade war with the United States.

Under the new arrangement, the central bank will be replacing its current fixed benchmark lending rate with a new Loan Prime Rate (LPR) that is linked with PBOC’s medium-term lending facility (MLF). The latest reform is said to be a key move to further lower real interest rates for companies in the country.

With this objective, analysts believe that the new LPR is most certainly going to be lower than the current 4.35 per cent one-year benchmark lending rate.

“By reforming and improving the formation mechanism of LPR, we will be able to use market-based reform methods to help lower real lending rates,” the PBOC said in a statement published on its website.

In the same statement, the central bank also clarified that Chinese banks are required to set rates on new loans in reference to the LPR and must use LPR as the benchmark for setting floating lending rates.

However, the PBOC clarified that the LPR will only be a reference rate for new loans issued by banks. Under the said arrangement, other existing loans will still be based on the original PBOC-set benchmark rate. 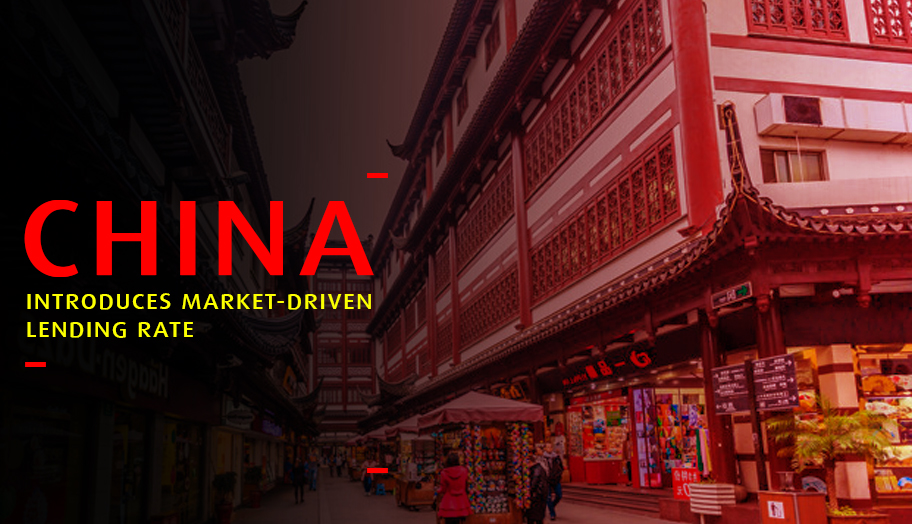 China has experienced a slowing economy within the last three decades. In a recent survey, the country’s economic growth slumped worse than expected in July. According to a report from CNN, this could be rooted from several factors, such as “unsustainable debt levels, a transition from heavy industry and infrastructure to consumption, and the escalating trade war with the United States.”

The new LPR will be unveiled on the 20th of each month at around 9:30 a.m., effective this August.