Under the said lending initiative, the Federal Reserve says it will be decreasing the minimum loan size to $250,000 instead of the initial amount of $500,000. Likewise, the loan terms will also be extended to five years from the initial period of four years.

Apart from these changes, the Fed also provided an increase in loan maximums, with loans up to $300 million now available. The $25 million for the ‘new’ and ‘priority’ loan types have been expanded to $35 and $50 million respectively. Meanwhile, the expanded type now accommodates up to $300m. 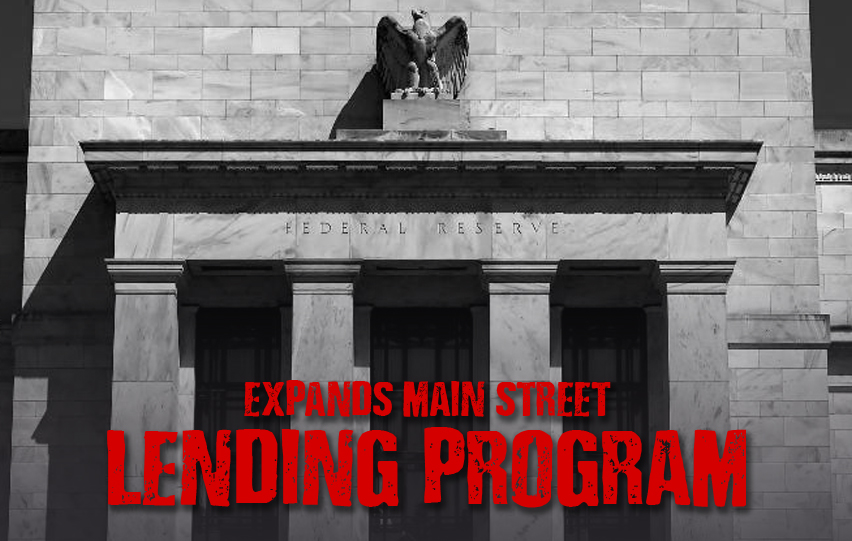 The Fed is also looking to provide a similar project for non-profit organizations.

Having accounted for these changes, Bloomberg reveals that qualified recipients are still limited to 15,000 employees and annual revenue of $5 billion.

Moreover, Yahoo! Finance has also announced that it will shoulder approximately 95% of the risk brought on by the Federal Reserve’s Main Street Lending Program. This initiative is conducted to help provide incentives to lenders who will be participating in the said scheme.

In a statement, Chairman Jerome Powell from the Federal Reserve said, “Supporting small and mid-sized businesses so they are ready to reopen and rehire workers will help foster a broad-based economic recovery,” notes Bloomberg.

“I am confident the changes we are making will improve the ability of the Main Street Lending Program to support the employment during this difficult period,” continued Powell.

Following these changes, Bloomberg notes that the loan initiative will be open to lender registration soon, with plans to start purchasing loans “shortly afterward.”

The three facilities in partnership with the Fed are expected to purchase a combined $600 billion in loans with a $75 billion fund from the Treasury Department.