According to the report, although the United States remains to be the global leader in terms of the total number of millionaires and growth, China has now surpassed the U.S. in the number of “global wealthy.” 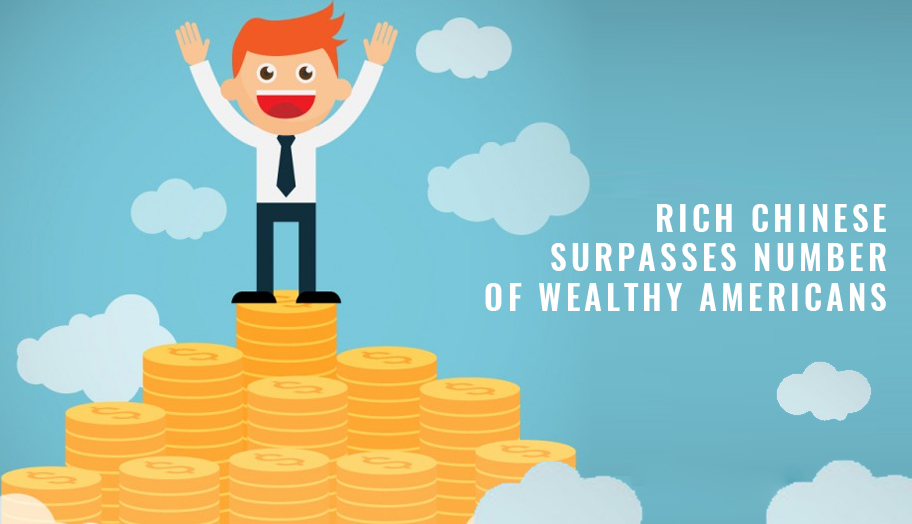 As indicated in the survey released by the Swiss bank on Monday, about 100 million Chinese were found to be part of the world’s top 10% richest people, while the US has 99 million.

“Despite the trade tension between the United States and China over the past 12 months, both countries have fared strongly in wealth creation, contributing $3.8tn and $1.9tn respectively,” commented Nannette Hechler-Fayd’herbe, global head of economics and research at the Swiss bank.

In addition, the report also stated that global inequality may be on the decline due to the considerable increase in the wealth of the global middle class. As shown by the report, the top 1% now controls about 45% of global wealth as of 2019, a percentage that scores a bit lower compared in 2000, when the rich were found to control about 47% of global wealth.

“While it is too early to say wealth inequality is now in a downward phase, the prevailing evidence suggests that 2016 may have been the peak for the near future,” the report said.

Despite the results, Credit Suisse still forecasts global wealth will rise by 27% over the next five years, amounting to $459 trillion by 2024. The report also claimed that the number of millionaires is likely to increase over this period to about 63 million.

“With almost two decades of data at our disposal, we can see two distinct phases of wealth growth. The century began with a ‘golden age’ of robust and inclusive wealth creation. But wealth growth collapsed during the financial crisis and growth never recovered to the level experienced earlier,” explained economist Anthony Shorrocks, who authored the report.

“There was a seismic change at the time of the financial crisis when China and other emerging market economies took over as the engine of wealth creation. Meanwhile, the United States has maintained an astonishing 11-year spell of increasing wealth per adult,” he added.