The second phase of the $1.5 billion railway project that connects the Nairobi and Naivasha was officially launched by President Uhuru Kenyatta on Oct. 16, 2019.

The railway line will be opened for passenger services only today, Oct. 17, operating three times a day. The system has four terminals and can move two million passengers daily.

The Chinese construction company, China Road and Bridge Corporation built the railway system in 2015, completing the first phase in 2017. China has funded the project, with the help of Exim Bank. The first phase connects Mombasa to Nairobi, then the newly completed railway system connects Nairobi to Naivasha. 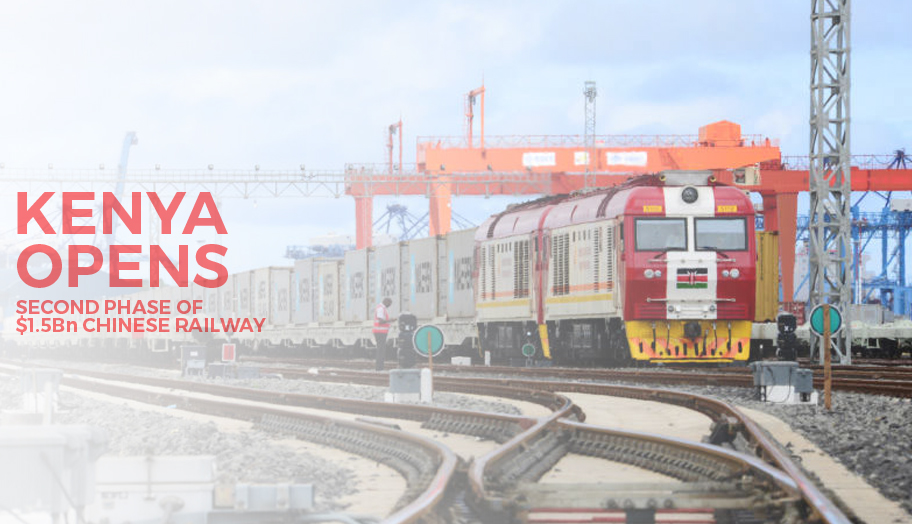 This project has cost the government a total of $3.2 billion and is underutilized for cargo services. The Kenya government was criticized for creating an agreement with China because, according to reports, the cost of the project is ‘too expensive.’ The cost to truck a container from Mombasa to Nairobi is $800 while by rail, the expense would be $1,100.

In addition to cost, Naivasha residents also called out the government for not improving public roads. “Even as they build the railway, they should also repair this road,” said a concerned resident.

In April, China reportedly refused to fund a railway system connecting Naivasha and Malaba. The construction for this project would cost Kenya roughly $3.7 billion, which will come from a Chinese loan.

When President Uhuru Kenyatta was re-elected in 2017, he promised to build more infrastructure for the East African nation. Soon after meeting with Chinese construction firms, Kenyatta has announced the railway system project that will connect major cities in Kenya.

Kenyatta’s response from criticisms, “Those who think they will take us backward, they should leave Kenya and look for another country.”

When Kenyatta took power in 2013, the total public debt raised to 9 trillion shillings or $87 billion. Many experts claim that this railway project is another debt trap by the Chinese.