Tower Insurance, one of New Zealand’s largest fire and general insurers, has confirmed it is currently in search of a successor, following the announcement of its CEO’s plan to exit from the post after five years in the job.

Richard Harding, current Tower Insurance chief executive, has announced he has no plan to extend his contract with the firm, which is scheduled to end in late 2020. In a report from Insurance Asia News, Harding disclosed he plans to reunite with his family in Australia after the end of the contract, claiming even that it was time for him to depart the company as it eyes to offer more services online to cut costs and grow the business.

“The company is transitioning toward a platform operating model that will accelerate its strategy to deliver growth and reduce expenses,” Harding commented. “The platform model is a non-hierarchical, agile-based structure that enables us to constantly test, learn and deliver outcomes for customers. This will help Tower realize the benefits and opportunities that our investment in new IT offers.” 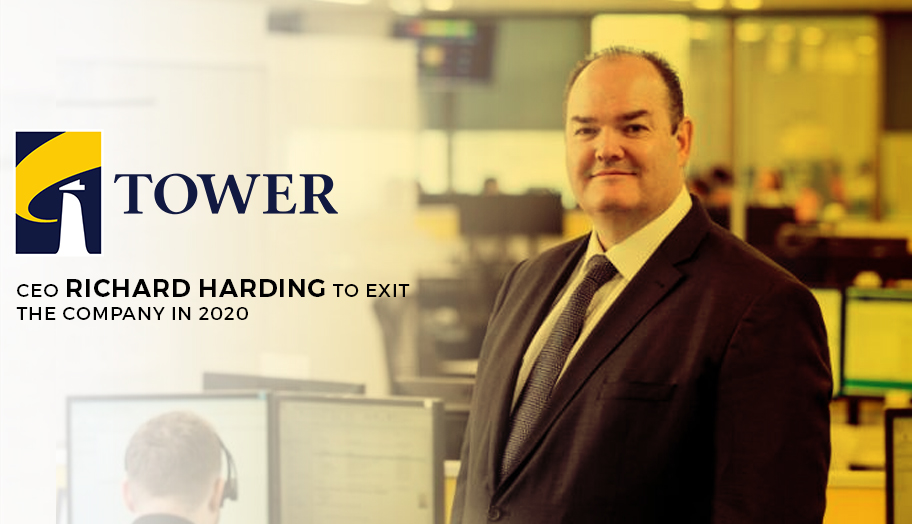 Harding, who joined the firm in August 2015, has led the company for four years. Under his administration, the company got involved in dispute resolution proceedings with the country’s Earthquake Commission over reimbursements from the 2010 and 2011 major earthquakes that had troubled the firm. However, despite the bottom-line loses, the company was able to finally return to profit in the past fiscal year with an annual profit of $16.6 million.

To date, Tower Insurance has not yet identified a replacement for Harding. However, the insurer firm revealed it is currently seeking successors in-country and internationally, while also considering internal applicants.

“We have fixed the foundations of the business and will be using digital to challenge the New Zealand market, grow the business and deliver shareholder value, and the new CEO will focus on delivering these benefits,” Michael Stiassny, chairman of the board at Tower Insurance, added.